The Buffalo Common Council - Through the Years


From its incorporation on April 20, 1832 until December 31, 1927 - The City of Buffalo operated under a series of charters issued by New York State. The series of charters facilitated what was known as a Commission for Government, whereby all powers of the city were vested in a single body identified as The City of Buffalo Common Council. A charter issued in 1914 established a council that consisted of five council members and the mayor.


At that time, the mayor presided over all council sessions and could vote on issues, but lacked the power to veto items. The Council enacted all of the laws and ordinances of The City in addition to exercising all executive and administrative functions of The City's daily operations. The mayor and council members essentially served in a dual role as council member and commissioner, whereby each lead a department, established departmental policy and appointed all of the department's officers and employees.


It was not until the spring of 1924 that New York State authorized its cities to write their own charters. Two years later, on November 2, 1926, the voters of The City of Buffalo empowered then Mayor Frank X. Schwab to appoint a seven member body to create a new charter for The City, which became known as the Kenefick Commission after the last name of the commission's chairman. The most significant recommendation that came from this commission was the need to establish a municipal government under which legislative and executive powers would be separated.


Under the commission's proposal, The Common Council would be vested with all legislative powers of The City and the power to confirm the mayoral administrative appointments. The mayor would be charged with all executive and administrative functions and control the day-to-day affairs of The City. Under this proposal, the mayor would largely be divorced from the legislative process of government, but would be given the power to veto actions taken by The Council. On August 29, 1927 the Kenefick Commission's proposal were submitted to the voters at a special election, and on January 1, 1928 The City's new charter officially took effect.


In 1983 and 2002, significant revisions were made to the Charter that reduced the number of members serving on The Council. A 1983 revision eliminated two at-large seats thereby reducing the number of members on The Council to thirteen; three members and a council president to be elected from The City at large, and one member to be elected from each of the nine council districts. Redistricting associated with the 2000 census led to all remaining at-large seats on The Council being eliminated in 2002, including the separately elected position of council president. Despite these changes, the commission's vision of a municipal government where legislative and executive powers would be vested in separate branches of government has endured, and the Charter remains at its core essentially the same instrument that has guided the operation of The City since 1928.


Today, The City of Buffalo Common Council is organized as a representative assembly with one member being elected from each of the nine Common Council Districts. At an organizational meeting held on January 2nd of each even-numbered year, the district council members vote from among their ranks to designate which members will serve a two-year term as council president, president pro tempore, majority leader and minority leader.

Marriage Certificate Request - for the City of Buffalo Only

Marriage records start at 1877 to present. Marriage records are available at the Buffalo City Clerk's Office located on the 13th floor of City Hall in Room 1302. All Marriage Certificates issued are certified with an official raised seal.You must show proper identification as indicated in the "Identification Requirements" section. For Requesting Genealogical Records, Click Here. Office hours are Monday through Friday, 8:30 a.m. to 4:30 p.m.

Requesting a Record in Person

You must provide government issued photo ID. The fee is $10 per certificate payable by money order, MasterCardÂ®, VisaÂ® or cash.

Requesting a Record Via Internet

For your convenience, you may process online requests through VitalChek Network, Inc. an independent company. They can be reached either online at www.vitalchek.com or by phone at 800-255-2414. VitalChek charges an additional fee for using their service. They accept all major credit cards. The City of Buffalo is not responsible for the operation of this service. VitalChek assumes all liability.

Requesting a Record Via Mail

Orders are processed within 7 to 10 days from receipt of mail request and the following information must be included:

** If no record is on file, a NO RECORD CERTIFICATION will be issued and the fee will NOT be refunded.

We do not send records to third parties or PO Boxes.

Who is eligible to obtain a marriage certificate copy:

Marriage certificates are not subject to the provisions of the Freedom of Information Law (FOIL) and are not open to public inspection.

The Buffalo Fire Department (BFD) provides fire protection and other critical public safety services, including Emergency Management Services (EMS), to residents and business owners citywide. The BFD also works to continually upgrade fire apparatuses and technology, educate the public in fire prevention, life safety and disaster preparedness, along with enforcing public safety codes, while ensuring a safe and secure environment to all citizens and visitors through professionalism, leadership, teamwork and partnership with all levels of Government.

More than a dozen officers who make up BPD NET will spend approximately two weeks in a number of different neighborhoods, engaging the community and further strengthening the relationship between police officers and residents.

The Police Athletic League of Buffalo is a not-for profit human services agency providing athletic, social, educational, recreational and preventive programming for youth in the City of Buffalo and the surrounding communities.

The SBA offers recurring seminars and programs to support entrepreneurs at every stage of their business. Their ongoing programs include:

You need to meet certain local legal requirements to start your business. These may include a business license, a DBA filing, and inspections.

Besides local requirements, business owners also need to consider the requirements of the State of New York. You are encouraged to explore the New York State website, to learn about licensing, taxes, and other regulations for businesses at the state level.

While the City of Buffalo does not do direct business lending, we do partner with a number of organizations that provide access to capital for entrepreneurs who are at varying stages of business life cycle. 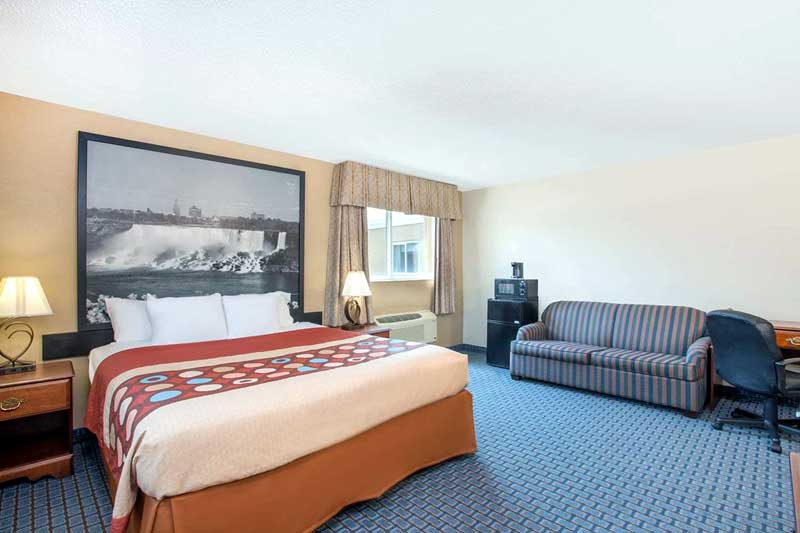 Book Direct and Save Money